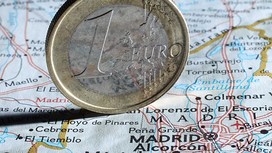 The European Central Bank will refrain from publishing any formal cap on bond yields when it announces a new plan to buy distressed eurozone sovereign debt at its governing council meeting on Thursday, two people familiar with the matter said.

The programme, dubbed “monetary outright transactions” in internal ECB discussion papers, was first outlined last month by Mario Draghi, the bank’s president, and – after fierce debate over its merits – is set to be revealed in detail following the meeting of the bank’s executive board and the 17 heads of eurozone central banks.

It has met with open opposition from the German Bundesbank, the guardian of the doctrine that central banks should focus solely on price stability. The leaders of France, Spain and Italy have by contrast lobbied hard in favour and they were joined on Wednesday by leading business groups from those three countries and Germany, who called for “decisive actions” from European institutions including the ECB and governments.