A way to break the eurozone deadlock 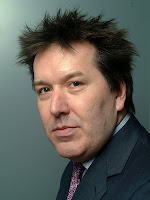 Mario Draghi’s bond buying plan has restored some control over interest rates in those parts of the eurozone which, it seemed, were in danger of becoming detached from the European Central Bank mothership. While many in the private sector harbour doubts, the ECB president has to be fully signed up to the euro’s survival. It can therefore justify purchasing assets that others might regard as untouchable. And with yesterday’s qualified ratification of the EU bailout programmes by the German constitutional court, the ECB can look back on an effective week.

Yet problems remain. To get their hands on the ECB’s largesse, countries have to sign up to austerity and structural reform programmes. That’s entirely understandable. No one – least of all, the Bundesbank – wants to see the ECB writing unconditional cheques to renegade governments with dubious fiscal ambitions. However, no government will want to sign up for blank cheques if the cost ends up being excessive austerity and political downfall – one reason why Mariano Rajoy, Spanish prime minister, nervously looking at Catalonian protests, has yet to buy into the ECB’s plan.

Imagine that a country volunteers for the ECB’s deal. Once the European Financial Stability Facility or the European Stability Mechanism buys in the primary market, the ECB buys bonds in the secondary market at the short-end of the yield curve, ensuring relatively low interest rates.