A Setback for Germany's Euroskeptics 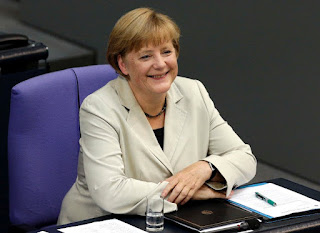 by Roland Nelles and Severin Weiland

Germany's Federal Constitutional Court has rejected a lawsuit brought by opponents of the euro, and has set only a few conditions for the ratification of the European Stability Mechanism and the fiscal pact. The main proviso is that the ESM cannot increase the scope of Germany's liability without the country's agreement. What will the ruling mean for Berlin and Europe?

The material he had to work with was indeed highly complex, but for a moment, the president of Germany's Federal Constitutional Court even managed to generate a bit of laughter when he announced the decision in Karlsruhe on Wednesday morning. The clamor came at the moment when Andreas Vosskuhle misspoke and stated that the petitions by the plaintiffs had been largely "founded." But it had been a Freudian slip and he quickly corrected himself after a colleague pointed this out, saying "unfounded."

On Wednesday, the petitioners in the case challenging the ratification of the permanent euro bailout fund, the European Stability Mechanism (ESM), and the fiscal pact failed. They included Peter Gauweiler, a conservative member of parliament with the Christian Social Union, the Bavarian sister party to Chancellor Angela Merkel's Christian Democratic Union party, as well as the Left Party.

With its decision, Germany's highest court has remained true to its previous decisions regarding the common currency. So far, the court has not yet not rejected a single measure taken by the government in its efforts to save the euro. As in previous rulings on the euro bailout, the court stipulated the conditions under which the ESM treaty, which will be international law, can be ratified.