What Happened to Europe? 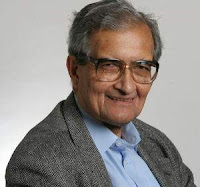 About fifty years, in 1961, Jean-Paul Sartre complained about the state of Europe. “Europe is springing leaks everywhere,” he wrote. He went on to remark that “it simply is that in the past we made history and now history is being made of us.” Sartre was undoubtedly too pessimistic. Many major achievements of great significance have occurred in the last half a century in Europe, since Sartre’s lament, including the emergence of the European Union, the reunification of Germany, the extension of democracy to Eastern Europe, the consolidation and improvement of national health services and of the welfare state, and the legalization and enforcement of some human rights. All this went with a rapidly expanding European economy, which comprehensively re-built and massively expanded its industrial base and infrastructure, which had been devastated during World War II.

There is indeed a long-run historical contrast to which Sartre could have pointed. For centuries preceding World War II, a lot of world history was actually made in Europe. And this generated much admiration, mixed with some fear, around the world. But the situation changed rapidly in the second half of the twentieth century. When I first arrived in Cambridge as a student from India in the early 1950s, I remember asking whether there were any lectures given on the economic history of Asia, Africa, and Latin America. I was told that there were indeed such lectures—and that they were given for a paper called “Expansion of Europe.” That view of the non-European world would seem a little archaic now, not merely because the grand European empires have ended, but also because the balance of political prominence and economic strength has radically changed in the world. Europe is no longer larger than life.

There is, of course, nothing particularly remarkable—or lamentable—in the changing role of the different regions of the world. This has happened again and again. What is really striking is not the historical re-balancing of the different parts of the world, but the mess that Europe has managed to get into in the last decade or so, particularly over the last couple of years. There is a lot of discussion right now—appropriately enough—about how Europe is going to liberate itself from its financial disarray, economic misery, and political chaos. “What to do now” is certainly an important issue today, but “what not to do” is no less important in looking at Europe’s immediate past. This is so not just because past mistakes are relevant in deciding on what to do in Europe (even though what has been done cannot be readily undone—there is no automatic translation from past follies into present rectifications), but also because the negative lessons are essential if we are to avoid similar adversities in the rest of the world.