Postcard from the edge: The new government’s task is gargantuan 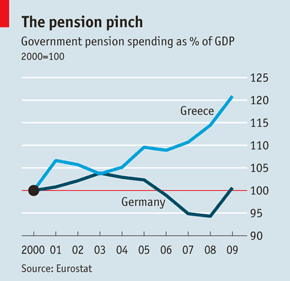 The woman was from Patmos. Her husband had lost his job and come back to the island to be with their two children and find work. After he failed and she fell ill with cancer, they ran out of money. The bank seized their house; they could not pay the electricity bill. She was ashamed, she told Lazaros Papageorgiou, of Artos-Drassi, a charity in Athens that feeds the poor. Six months ago she would never have dreamt she would come to depend on charity, but today she needed help.

Under the brilliant blue Athenian sky, anger has given way to weariness and gloom. Outside Greece’s parliament, in Syntagma Square, marchers once braved tear-gas and protesters thronged a tented city. But it is quiet now. Summer has lured Greeks with money to the islands and the beaches; the growing numbers who are without it have gone home instead. On Patission Avenue, about 20 minutes away, shop after shop is barred. Nobody knows how many of them will open again when Athenians return.

The only certainty is that life will get harder. Last week the troika was in town. Representing the IMF, the European Central Bank and the European Commission, it must judge whether Greece should receive the next €31.5 billion ($39 billion) of rescue funds, which the government will mostly spend on recapitalising the banks and paying debt interest. To qualify, Greece will have to slash its budget deficit by a total of €11.5 billion in 2013 and 2014. Failure would mean being cut off from European funds, leaving the government with no choice but to print its own currency. In effect, Greece would be out of the euro.