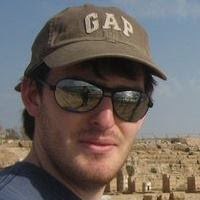 Greek Prime Minister Antonis Samaras will be meeting with eurozone leaders this week in the hope of convincing them to extend the deadline for austerity measures to be met. The Greek government is hoping that international creditors will hand over $38.8 billion next month. Without the funds Greece will almost certainly have to default on its debt. That Samaras is engaging in these meetings indicates that he is not confident that the troika audit will deliver good news.

If the troika audit does not recommend more Greek bailouts European politicians will rush to make the next move. The problem is that there is no agreed upon strategy for what to do if Greece did not meet the austerity conditions.

One option would be to let Greece continue to receive funds regardless of the Greek government’s inability to get their budget under control. The German government is against this option and understandably wants some semblance of moral responsibility to be present in whatever assistance Greece might receive. While this attitude is prevalent in Merkel’s government, Merkel seems to be warming to the idea of letting the Greeks receive bailout funds without having met the previously agreed upon austerity conditions. This would set a worrying precedent. Italy and Spain are far from stable, and Greece getting bailed out without fiscal reform could send a signal that would only worsen the crisis.