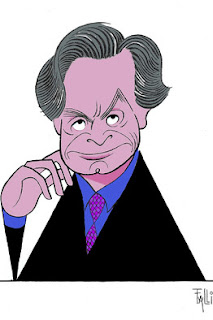 Guy Sorman is an oddity—some might say a walking contradiction. The French economist and writer has for decades championed free markets in the birthplace of dirigisme. He is a man of the right who is guardedly upbeat about France's future under the first Socialist president in 20 years. And he's decidedly positive on the euro and the European Union.

The latest of his 25-odd books, Journal of an Optimist, a series of diary-like essays on Europe and France, was published here this spring. His contrarian streak—a virtual job requirement for French public intellectuals going back to Voltaire—flies straight into the gloomiest headwinds. "The consensus is not always the truth," he says without hesitation.

The French economy will fall back into recession this year, says its central bank, and unemployment last month hit a 13-year high. New President François Hollande, who marked 100 days in office on Tuesday, has probably had the shortest honeymoon of any elected leader anywhere: One poll last week found 54% of the French dissatisfied with his job performance. Greece will likely run out of money to pay its bills, putting its financial saviors (the Germans, International Monetary Fund and the EU) on the spot again. Meanwhile, the markets show little faith in the ability of Spain and Italy to handle their economic messes.

Mr. Sorman, who is 68, offers his generation's longer perspective to calm nerves. "Governments act like a fireman trying to extinguish the fire of the day," he says. They should instead give the media and bond traders a better sense of where the EU plans to go.

Posted by Aristides N. Hatzis at 1:48 AM