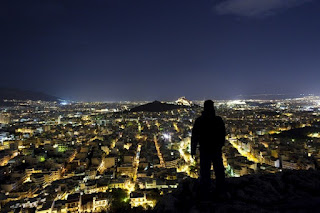 The gods lived at Mount Olympus, but the gamblers live at a casino on Mount Parnitha, and, lately, Greek leaders have been praying to strike it big here.

The Greek government owns an unusual half-stake in this mountaintop casino, the second-largest in the country, and Prime Minister Antonis Samaras has vowed that selling it — along with dozens of other properties, buildings and companies across the country — will be a top priority in last-ditch efforts to save the Greek economy.

But with time ticking on Greece’s bailout, and the country’s future on the shared euro currency ever more in question, the odds are stacked against him.

Greece owns large swaths of sectors like gambling that in other countries are in private hands. The arrangement helped derail Greece’s finances in the first place, with powerful unions bidding up workers’ salaries to unsustainable levels and money leaking to politically connected contractors. Now, few investors want to bet their money on these properties in the middle of what Samaras has called “our version of the Great Depression.” And it is not politically attractive to sell off Greece’s crown jewels at fire-sale prices.

If Greek leaders don’t hit it lucky, though, international officials are more ready than ever to pull the plug on the bailout that is keeping Greece from collapse. The consequences would be even worse than the recession that by year’s end is likely to shrink the economy by more than a fifth of its 2008 heights.