Draghi's Short-Termism May Pay Off 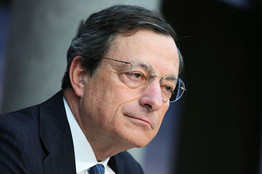 Mario Draghi's bond-buying plans are still on the drawing board. But the European Central Bank president's statement that any new bond purchases would focus on short-term debt has already reduced two-year Spanish and Italian bond yields to levels last seen in May. For Spain, two-year yields are now just above 4% from their recent peak above 7%. Mr. Draghi may have played a shrewd hand.

Short-dated debt purchases are more palatable for the ECB than buying longer-dated bonds. Mr. Draghi argued they are closer to "classical" monetary policy, perhaps in an effort to assuage German concerns about bond-buying programs. Buying short-term debt, which usually carries lower credit risk, is closer to providing liquidity than solvency support. Such purchases also better match the ECB's aim of repairing the monetary transmission mechanism, or the way in which policy rates influence other borrowing costs in the economy.

True, Spain and Italy aren't off the hook: Borrowing costs at longer maturities remain high with 10-year yields at over 7% for Spain and over 6% for Italy. That means policy makers can't ease up on overhauling their economies. The fall in two-year yields improves their financing position and access to markets. But they cannot rely only on borrowing at two- or three-year maturities as that will increase their reliance on markets for refinancing, likely deterring investors.