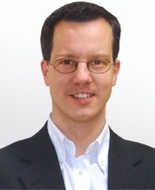 by Christian Fahrholz and Cezary Wojcik

This paper argues that the key issue for defining and solving the Eurozone’s (EZ) difficulties lies in readjusting the relationship between the centre and the periphery of the EZ. Our argument proceeds in two steps. Firstly, the basic finance problem of a centre-periphery system is captured by a threat game with perfect but incomplete information. To get close to the essence of today’s crisis we analyze to what extent a ‘troubled’ periphery EZ member can negotiate a bailout from the center due to the existence of a negative externality arising from its potential default. Secondly, we analyze how establishing ‘exit rules’, which have recently also been advocated by Jacques Delors, would shift the centre-periphery relationship in a way that safeguard the stability of the EZ. We demonstrate that such rules may help limiting the scope for brinkmanship whereby fiscal problems in one member create a negative externality for the rest of the EZ. We show that such rules will strengthen the EZ through at least four channels.

Read the Paper
Posted by Yulie Foka-Kavalieraki at 3:15 PM