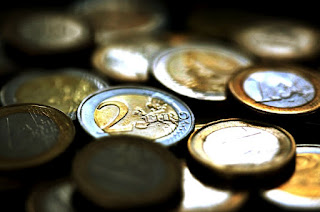 A decisive point had been reached in the euro crisis and EU leaders and the European Central Bank must use all means at their disposal to rescue the currency, euro-group head Jean-Claude Juncker warned on Monday. He also confirmed plans to buy bonds from struggling member states.

The head of the euro group of euro zone finance ministers, Luxembourg Prime Minister Jean-Claude Juncker, warned on Monday that the euro zone was in danger of breaking apart. Leaders must use "all means at their disposal" to save the currency union, he urged.

"We have arrived at a decisive point," Juncker told German newspaper Süddeutsche Zeitung. "The world is talking about whether the euro zone will still exist in a few months."

"There is no time to lose," Juncker added. "We must now make abundantly clear with all available means that we are firmly determined to guarantee the financial stability of the currency union."

Juncker also said the euro countries, together with the temporary bailout fund EFSF and the European Central Bank, were preparing to purchase government bonds of struggling euro-zone member countries.

"It still has to be decided what we're exactly going to do when," he said. This depends on "the developments in the next few days and on how fast we have to react."