Eurozone: In search of a driver 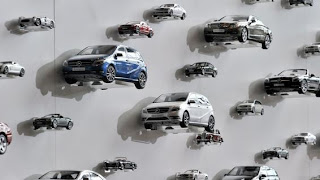 For Tobias Geistert, there was never any question that more money was justified. “Just looking at the price of petrol, it was obvious we needed a pay rise higher than inflation,” says the 24-year-old who builds engines for Mercedes-Benz in a Berlin factory. Together with 3.6m other workers in the German car industry and related engineering sectors – the backbone of Europe’s biggest economy – Mr Geistert received a big rise in May, even if it was not quite as high as union negotiators had demanded. “No, we didn’t get 6.5 per cent,” he says. “But 4.3 per cent is good.”

Relatively speaking the settlement, one of a series negotiated in the country’s leading industrial sectors, is more than good. Average wages in the crisis-hit eurozone in March were only 2 per cent higher than the year before. In Germany, on the other hand, the 2012 wage round is the best car workers have seen in two decades – during which time employees endured more moderate real income growth than eurozone neighbours as industry and unions banded together to hold wages down to restore competitiveness. Such restraint delivered significant benefits, enabling exporters to sell more goods at lower prices.

But there was a flipside. Wage restraint damped the enthusiasm of consumers, who spent much of the past decade or so conserving cash, registering savings rates among the highest in the world. That had wider consequences, leading German banks to recycle domestic savings into cheap loans to the booming economies of the eurozone, fuelling the current account deficits and credit bubbles that have blighted eurozone governments from Athens to Rome and Madrid.

Posted by Yulie Foka-Kavalieraki at 9:31 PM