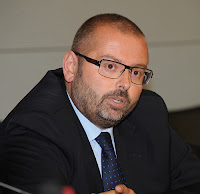 Following the escalation of the euro crisis and decisions taken at the European Union’s last summit, especially EU leaders’ commitment to embark on the road “Towards a Genuine Economic and Monetary Union,” it is high time to ask what comes next. Whatever the final outcome, the current crisis will fundamentally shape the future of European integration.

In a worst-case scenario, Europe’s sovereign-debt crisis could cause the eurozone to implode, with immediate negative effects for the EU itself. Fortunately, this scenario still seems rather unlikely – as EU countries inside and outside the eurozone seem keen to avoid the enormous economic, financial, political, and social fallout that such a scenario implies. But the danger of a fundamental disintegration has increased over time, and today such an outcome cannot be excluded.

At the same time, it seems unlikely that member states will be ready and able to make one giant leap towards a “United States of Europe” – that is, a genuine federal entity in which EU countries agree to surrender national sovereignty on an unprecedented scale.