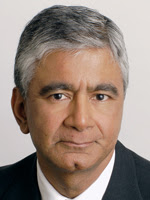 Europe is fighting losing battles on two fronts. The debt crisis which began in Greece almost three years ago has spread to other countries. The recovery from the global financial crisis is ending, and the region will be in recession during the rest of the year. To combat the debt crisis, Greece, Ireland and Portugal have received bailout funds from the EU, European Central Bank and the International Monetary Fund (the “troika”), but are required to reduce borrowing through cuts in spending and higher taxes. To offset the recessionary impact of the fiscal tightening, the ECB has repeatedly eased monetary policy to encourage lending to the private sector.

Neither measure has worked as intended. The eurozone’s latest unemployment figure of 11.1 per cent in May is the highest in the euro era. Spain, the country recording the region’s highest unemployment rate of 24.6 per cent, announced a €65bn fiscal tightening programme this month. The new austerity measures will result in a deeper recession and even higher unemployment.

On the monetary front, the ECB implemented two repurchase agreements totalling €1tn with the region’s banks. While the aim was to ease the liquidity crisis that the banks experienced in November, the ECB move had the perverse impact of making those banks the principal purchasers of their own governments’ debt as foreign investors exited. This raises the risk for banks in case their governments default on their debt, or restructure payments. After a cut in the deposit rate the ECB pays the banks to zero on July 5, the central bank expected the banks to increase loans. Instead, they appear to be sitting on the funds.