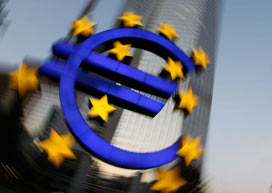 The EU would gain far-reaching powers to rewrite national budgets for eurozone countries that breach debt and deficit rules under proposals likely to be discussed at a summit this week, according to a draft report seen by the Financial Times.

The proposals are part of an ambitious plan to turn the eurozone into a closer fiscal union, giving Brussels more powers to serve like a finance ministry for all 17 members of the currency union. They are contained in a report to be presented at the summit, which will also outline plans for a banking union and political union.

Thursday’s summit comes amid investor fears that the eurozone is re-entering a danger zone. Bond and equity markets were hit on Monday as Cyprus became the fifth country to apply for an international bailout, citing its banking sector’s large exposure to the Greek economy. In Greece, the five-day-old coalition government suffered a setback as its finance minister resigned.

Berlin has demanded tough controls over national budgets as a prerequisite for mutualising sovereign debt within the eurozone and the proposals appear to be an effort to get the German government to support a move towards commonly issued eurozone bonds.