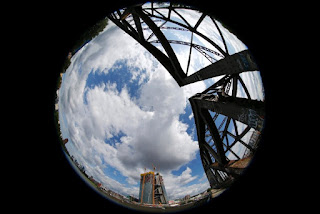 The euro crisis has returned with a vengeance this week, with Greece potentially facing bankruptcy, Spain teetering towards a bailout and even Germany at risk of losing its top credit rating. A group of prominent economists are calling for a radical restructuring of Europe and the euro zone to prevent a disaster of "incalculable proportions."

A panel of respected European economics experts are ringing the alarm bell this week over the euro crisis -- direly calling on all European leaders to move swiftly to deploy the most powerful tools available to halt the currency's downward spiral.

"We believe that as of July 2012, Europe is sleepwalking toward a disaster of incalculable proportions," the New York-based Institute for New Economic Thinking (INET) stated in a report warning leaders they need to move faster and more decisively to save the common currency. Otherwise it could very well disintegrate.

The study's publication on Tuesday couldn't be any timelier, given the recent dramatic developments in the euro crisis. Greece's recession is proving to be far worse than previously expected, it is getting tougher for Spain to raise money on the markets (on Tuesday, interest rates on 10-year Spanish bonds rose to an unsustainable 7.6 percent) and Germany's top triple-A rating is also at risk.

Read the report
Posted by Yulie Foka-Kavalieraki at 5:30 PM