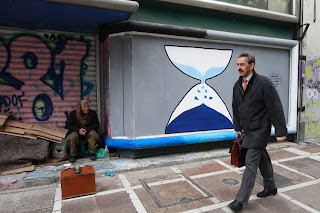 Greece has fallen behind with its budget cuts and is asking lenders for more time to meet the conditions of the 130 billion euro aid package. But that would require fresh help of up to 50 billion euros, SPIEGEL has learned. Neither Berlin nor the IMF are prepared to make that money available.

Germany and other important international creditors are not prepared to extend further loans to Greece beyond what has already been agreed, German newspaper Süddeutsche Zeitung reported on Monday. In addition, SPIEGEL has learned that the International Monetary Fund (IMF) too has signalled it won't take part in any additional financing for Greece.

The Süddeutsche Zeitung cited an unnamed German government source as saying it was "inconceivable that Chancellor Angela Merkel would again ask German parliament for approval for a third Greece bailout package."

Merkel has had difficulty uniting her center-right coalition behind recent bailout decisions in parliamentary votes and would be unwilling to risk a rebellion in a another rescue for Greece, the newspaper reported.

Meanwhile, German Economy Minister Philipp Rösler said on Sunday he was "more than skeptical" that Greece's reform efforts will succeed. "If Greece no longer meets its requirements there can be no further payments," he said in an interview with German public broadcaster ARD. "For me, a Greek exit has long since lost its horrors."

Athens wants to soften the terms of a €130 billion ($157 billion) bailout, the second rescue package for Greece, agreed to last March with the European Union and the IMF, to lessen their impact on an economy going through its worst recession since World War II.