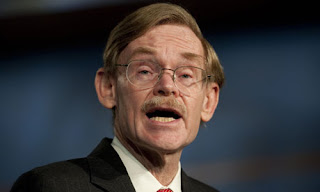 The outgoing head of the World Bank, Robert Zoellick, will warn the G20 summit that Europe runs the risk of sparking a Lehman-style global crisis that will have dire consequences for developing nations.

As Greek voters go to the polls in elections that could determine the future of the eurozone, Zoellick told the Observer he was advising emerging nations to ready themselves for the consequences of events in the single-currency area.

The election of an anti-austerity government would spark the most serious crisis for the euro so far, following the apparent failure of a Spanish bank bailout last week. German chancellor Angela Merkel yesterday ruled out renegotiating Greece's bailout, saying the country must stick to its deals with international lenders. Unofficial polls suggest the conservative New Democracy party is ahead of the anti-austerity Syriza by four percentage points — though as much as 15% of the electorate remains undecided.