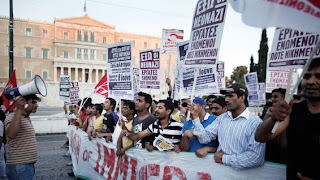 World leaders and financial markets braced themselves on Friday for the fallout from an inconclusive election result in Greece, with private polls indicating that none of the political parties would win a parliamentary majority in Sunday’s vote.

Deep divisions over the austerity measures required under the terms of Greece’s international bailout left the country’s political parties unable to form a government after last months’ initial election. Despite a new campaign, however, it was uncertain whether this weekend’s election would change anything.

The question of whether a future government can be formed quickly enough to implement the bailout terms and halt the slide towards national economic collapse will hinge not only on Sunday’s result but also talks between political parties expected to begin on Monday.