Will This Greek Tragedy Climax in the Death of the Euro? 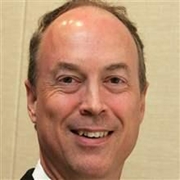 Greece could well be out of the euro soon, depending on the results of the election scheduled there for June 17. Such an exit could conceivably occur even before the election if enough people take actions to anticipate a euro exit, unintentionally precipitating the event. An exit would inevitably be messy and has the potential to push Europe into a severe recession, the U.S. into at least a modest recession, and to substantially slow the growth of China. The Institute of International Finance has estimated an exit could cost the world economy over $1 trillion and official bodies such as the International Monetary Fund (IMF) have similarly warned of disastrous results.

This paper answers the following questions about a potential euro exit:
Read the Paper
Posted by Yulie Foka-Kavalieraki at 11:06 PM