Whatever Greek Voters Decide, the Euro Looks Likely to Suffer 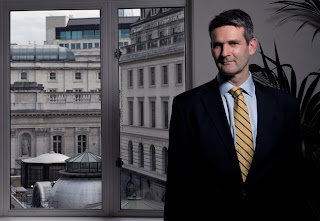 It will be a late Sunday night for financial pros like Markus Krygier. In New York, London, Tokyo and beyond, nearly everyone is focused on one thing right now: Greece. To be precise, they are focused on a “Grexit” — the possibility of the country’s eventual exit from the euro. For many, the prospect has moved from “if” to “when.”

The Greek elections on Sunday will chart the immediate course, one way or another, and investors like Mr. Krygier, a money manager in London, will be standing by to size up the results. On this side of the Atlantic, BlackBerries and iPhones will be at the ready during Father’s Day barbecues.

Who will prevail in Athens? Will it be Syriza, a coalition of leftist groups that has declared that it will annul the terms of Greece’s bailout? Or the center-right New Democracy, which says it will stick with austerity and keep Greece in the euro zone?

For the euro itself, it may not really matter much, at least in the medium term, says Mr. Krygier, who oversees $20 billion. He is betting that the euro, the currency of 17 nations from the Baltic to the Mediterranean, will eventually weaken, whatever the outcome on Sunday.