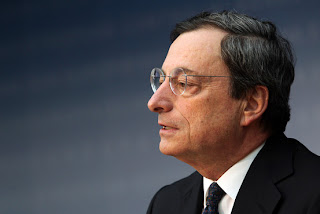 Obama administration officials said they are confident the U.S. and Europe are prepared to absorb any shock to their financial systems in case of market upheaval following Greece's election Sunday, as European Central Bank President Mario Draghi suggested the ECB could step in with additional bank loans.

U.S. officials, speaking to reporters Friday ahead of the Group of 20 summit of advanced and developing economies in Mexico, said they expect next week's gathering of world leaders to help guide more detailed discussions at the continent's own summit later this month.

But Greece's election results, which will come the night before the summit begins, are expected to weigh heavily on leaders at their annual gathering even though Athens may take days or weeks to determine its new government and its future in the euro zone.

"I think everyone is well-prepared to in the wake of the elections in Greece to work together to ensure that there's a path forward that's sustainable for Greece and bolsters confidence more broadly," said Lael Brainard, U.S. Treasury under secretary for international affairs.

She said the U.S. has "a set of tools" to address any problems."We are, across the U.S. government, always making sure that we have a toolkit and that we are well-prepared for any set of exigencies that may arise," she said.