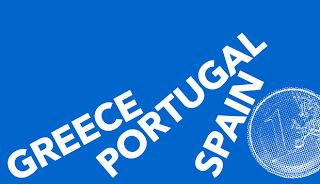 Europe’s leaders can’t save their currency union without figuring out a way to salvage the region’s banks. Spain is a perfect place to start.

Perhaps no country better illustrates the mutually reinforcing links among the euro area’s banking, sovereign-debt and economic crises than Spain. Its banks are largely paralyzed amid concerns about heavy losses on real estate loans that, by various estimates, could require as much as 120 billion euros ($150 billion) in fresh capital to offset. Tight bank credit has in turn deepened the country’s economic slump, increasing banks’ potential losses and fueling fears that bailout costs will overwhelm the Spanish government’s already stretched finances. The longer the situation lasts, the worse it gets: Nervous investors pushed Spain’s 10-year borrowing rate as high as 6.7 percent Wednesday, up from less than 5 percent in early March.

Spain’s response has been far from adequate. Government- induced bank mergers haven’t reduced the system’s capital needs. Last week, the country’s third-largest bank, Bankia SA, said it would require 19 billion euros in fresh capital to cover losses -- far more than the resources available in the country’s bailout fund. A bank run of sorts has already begun: Central- bank data suggest that, in the first four months of this year, more than 100 billion euros in private money has fled Spain for other euro-area countries, an amount roughly equal to a 10th of the country’s annual economic output. A European Central Bank measure of deposits in Spain’s banks declined by 31.5 billion euros in April.