The PIIGS May Be Bigger Than You Think 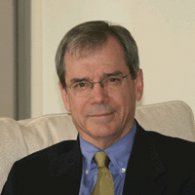 "PIIGS" we are informed in the current Wikipedia entry "is a pejorative acronym used to refer to the economies of Portugal, Italy, Greece and Spain. Since 2008, the term has included Ireland, either in place of Italy or with an additional I."

With apologies, I am joining the ranks of contributors to such august publications as the New York Times, Wall Street Journal, Financial Times and The Economist who have used this handy label as a linguistic convenience and, I believe, with no aspersions intended.

My topic is the relative size of these five countries in a basic economic sense -- to one another and to the world as a whole. To make comparisons, I'm using GDP based on purchasing power parity (PPP). My source for the data is the IMF (International Monetary Fund), specifically the IMF's World Economic Outlook Databases.

The complete IMF database includes over 180 countries. For the chart below, I used the 58 countries with the largest GDP, which thereby includes the newcomer and smallest of the PIIGS (both in size and GDP) -- Ireland.