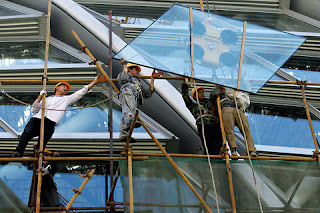 China urgently needs to “Greece-proof” itself to avoid powerful shocks that will undoubtedly come if Greece leaves the euro, a leading Chinese economist says, amid the sound of screeching brakes from an economy that has been looked to for world growth.

In fact, recession in the West will last for years, predicts Yu Yongding, and coupled with a Grexit — as a potential Greek exit from the euro is being called — key challenges for China will be expected waves of deleveraging and investors exiting risky markets, surging unemployment and threats to social stability, he writes.

Mr. Yu has criticism for Europe, writing that “the eurozone, and Germany in particular, must fully acknowledge the fundamental causes of Greece’s exit and pledge to move towards fiscal union, while acknowledging that an austerity-only approach towards other at-risk members is a dead end.”

Mr. Yu’s warning is well-timed. China’s own growth is expected to fall this year to its lowest point in about 13 years, and Mr. Yu, the president of the China Society of World Economics and a former member of the monetary policy committee of the Chinese central bank, the People’s Bank of China, may have a pretty clear idea of what lies ahead. He’s saying: Get ready.