More questions than answers after the summit 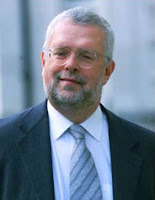 This blog contains Gavyn’s initial response to the eurozone summit. As more news emerges, he may add further comments below if his assessment changes during the weekend.

In the wake of yet another summit, we need to ask our usual question: is this the eurozone’s game changer, or in football parlance the “Balotelli moment”? Clearly, there have been some late night concessions from Germany, which could turn out to be very significant in the long term. Spanish and Irish debt ratios will markedly benefit as the costs of their bank bail-outs are removed from the sovereign balance sheets and absorbed by the eurozone.

The markets have welcomed these developments, and rightly so. In particular, the opening sentence of the statement, which says boldly and simply that “we affirm that it is imperative to break the vicious circle between banks and sovereigns”, could prove to be a major breakthrough. Some think it might be the beginning of a Euro-tarp.

But my fear is that, as so often in the past, the devil will prove to be in the detail. The more carefully one examines the text of the statement, the more questions are raised about how the proposed measures will actually work.