Markets crave some certainty in Greece 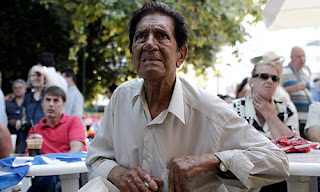 It's not the Greek election result investors feared most – but it's not far off. Greek society is deeply divided and there is no certainty that a new coalition government led by the conservative New Democracy party would be able to survive for long. The likely victory of a pro-bailout party, rather than the radical left grouping Syriza, may be enough to settle nerves in markets briefly. But much will depend on the strength of the government that is now formed.

Will Greece have a government by the end of this week? That's the first hurdle to be cleared. The largest party, armed with an extra 50 seats in parliament, gets first shot and the potential kingmaker is the socialist Pasok party. But Pasok appears to have seen its share of the vote fall from 13.2% in May to about 12% today. Even added to New Democracy's expected 30%, that would give a two-party coalition a total share of the popular vote of little more than 40%. That's a weak base from which to attempt to push through radical cuts in government spending.

A further member of the coalition might be required to strengthen the moral authority to govern. Enter the Democratic Left – but its 6% or so support was only roughly in line with that of the extreme-right Golden Dawn party. Whatever happens, Syriza and Alexis Tsipras, its leader, will retain a strong voice in Greek politics.