In Greece, Syriza Will Be Back With a Vengeance 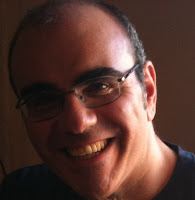 The Greek people had a difficult decision to make. They had to choose between two diverse groups of parties: a group of moderate parties from center-right to center-left which gave first priority for Greece to stay in the euro zone and renegotiate its bailout terms as far as this is realistically possible; and a group of extremist populist parties of ultra-left and ultra-right, giving their first priority for Greece to free itself from the bailout terms even at the cost of losing its euro zone membership status.

Fortunately the Greek people did not fall for the gimmicks of the last group despite the unprecedented momentum of the leading party of this group, the left-wing Syriza. Syriza managed to get 17 percent of the vote in the May 6 elections, an impressive result given its 4.6 performance in 2009. Moreover, in the June 17 elections Syriza reached 27 percent—a 60 percent increase in 40 days. Greece was literally saved by the bell.

Well, not exactly. First of all “saved” is an exaggeration. The alternative to Syriza was a prospective post-election coalition of the conservative party, New Democracy, the social democratic Pasok and the moderate Democratic Left. Pasok and New Democracy are the two parties mostly responsible for the Greek mess.

Follow this link to read the rest of the artcile