How to design a banking union that will save the eurozone 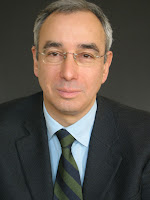 To stop the doom spiral that threatens the eurozone, European leaders must now repair the serious flaws in the design of monetary union that have been revealed by the crisis. At the very least, at this week’s summit of European leaders, they should recognise them, name them, agree on directions for reform, and set a timetable for decisions.

Banking union — the move to a common regime for supervision, deposit insurance and resolution — has emerged as a key component of such a repair strategy. The idea makes sense because it addresses the feedback loop between sovereign weakness and banking weakness. The concept has been endorsed by several eurozone governments (including France who used to be lukewarm about it), by the European Central Bank and the European Commission, by the UK (provided it is not asked to take part) and by the International Monetary Fund. Germany has reservations, but they do not seem to be absolute.

There is however distance from concept to realisation. A banking union entails many choices.

Read the Paper
Posted by Yulie Foka-Kavalieraki at 12:59 AM