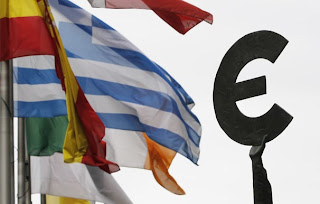 The Greek government is missing key deadlines for making economic reforms that were promised in return for its international bailout, knocking the program off schedule just weeks after it was agreed to and increasing the chances that the country will have to abandon the euro.

A contentious spring election campaign and the divided results of the May 6 vote have left the country with a caretaker government that has no power to take major steps. The measures pledged by Greece, which include cuts to welfare programs and public-sector wages, tax reforms and the drafting of long-term budgets, were due to be completed in May and June.

New elections are scheduled for June 17. But there is no guarantee that they will produce a government willing and able to carry out the steps pledged in return for $170 billion in emergency loans from other European countries and the International Monetary Fund.

The Obama administration is closely watching the situation, worried that a breakdown in Greece’s reform program and its exit from the euro currency union could touch off a wave of financial trouble across Europe and possibly the world. The fear is that if Greece cannot meet its commitments, investors will lose confidence in other struggling countries, such as Spain and Italy, forcing them to seek massive bailouts that would be difficult for Europe and the IMF to afford.