The Future of Greece 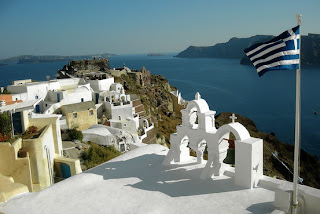 This Sunday Greeks go to the polls confused, fearful and experiencing a frightening deterioration of their standard of living. Over the past two years, the magnitude of the Greek and euro-zone crises has repeatedly caught financial markets by surprise. The country's voters now face a crucial dilemma that will determine the future of Greece for generations: Stay in the euro or commit fiscal suicide with a return to the drachma. The choice of Greek voters will significantly influence the future composition of the euro zone and the rules its member countries follow.

At first glance, there is an easy answer to the dilemma: Stay in the euro—the preference of about 80% of Greeks, according to opinion polls. Of its own initiative and per the commitments in its EU-IMF debt agreement, Greece has undergone severe austerity for more than two years. It has been in recession for five years, while managing to dramatically reduce its primary deficit to 5% in 2010 from 10.4% in 2009. A primary surplus is on the horizon.

Although Greece has lost competitiveness in terms of unit-labor costs since the first quarter of 1999, as have all euro-zone countries except for Germany and Austria, Greece has adopted significant wage and salary cuts, and now stands in the upper half of euro-zone countries in terms of the evolution of its competitiveness. In the past two years the country has written off close to one-third of its debt and now has very low interest rates on its remaining debt. Its future success depends on the implementation of drastic reductions in public spending, more efficient tax-collection and productivity improvements.