The Decline of Democracy

Democracy is the worst form of government, except for all those other forms that have been tried from time to time. Everyone knows who said this, and everyone thinks it's true. But is it, really?

After last weekend I've begun to have my doubts. In Egypt, the ruling military junta reacted to the apparent victory of Muslim Brotherhood presidential candidate Mohammed Morsi by stripping the presidential office of its powers. That came just days after Egypt's top court dissolved the Islamist-dominated parliament, which had been freely elected only a few months ago.

How arbitrary. What an affront to the Egyptian people. Now let's hope it works.

Then there's Greece, which also had an election over the weekend. The Greeks are supposed to have made the "responsible" choice in the person of Antonis Samaras, the Amherst- and Harvard-educated leader of the center-right New Democracy party. Responsible in this case means trying to stay in the euro zone by again renegotiating the terms of a bailout that Greeks cannot possibly repay and will not likely honor.

Yet the more depressing fact about the election is that Mr. Samaras didn't even get 30% of the vote. The rest was divided among the radical-left Syriza (27%), the socialist Pasok (12.3%), the anti-German Independent Greeks (7.5%), the neo-Nazi Golden Dawn (7%), the center-left Democratic Left (6.2%) and, finally, the good old Communist Party (4.5%).

In other words, the Greeks gave a solid 46% of their vote to parties that are evil, crazy or both, even while erring on the side of "sanity" with parties that are merely foolish and discredited. Imagine that in 1980 Jimmy Carter had eked out a slim victory over a Gus Hall-Lyndon LaRouche ticket, and you have the American equivalent to what just happened in Greece. 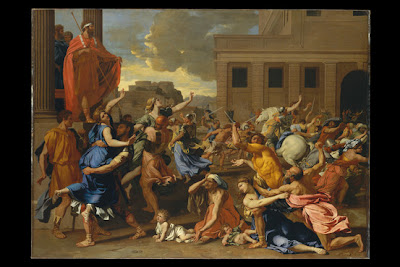 Posted by Yulie Foka-Kavalieraki at 8:20 AM