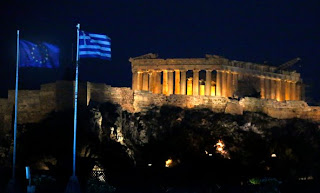 The banks are on high alert.

Hundreds of employees at big firms, some part of special teams, will be on standby this Sunday, awaiting the results of Greece’s pivotal election. They are preparing for the worst case. The fear is that the vote will heighten the chances of Greece exiting the euro and the global financial system will be shaken when the markets open on Monday.

After being largely unprepared for the extreme stress of the 2008 crisis, large banks in the United States are determined to be ready this time. They have been taking measures to deal with instability in Europe for over a year. In recent months, they have stepped up their contingency planning, especially after it became clear that Greece was struggling to comply with the terms of a March bailout that was intended to keep the country in the euro.

In New York and London, banks have set up dedicated crisis teams, and rehearsed elaborate responses. As clients get nervous, banks have been guiding clients on how to react to a range of situations, from just one country leaving the euro zone to the dissolution of the euro itself.

More
Posted by Yulie Foka-Kavalieraki at 8:22 AM