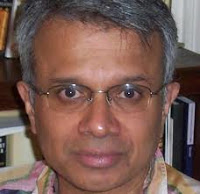 Sometimes, you're strongest when you're weakest. This is the paradox presently prevailing within the Eurozone.

Until recently, the idea of issuing Eurobonds was dismissed as politically infeasible because it would in effect commit the EU's financially most prudent members to guaranteeing the loans of its most profligate ones. That Eurobonds would lower Greece's borrowing costs and thus prevent its exit from the Eurozone and subsequent default seemed of little significance. The stock response was that the Germans wouldn't allow their taxes to shore up another country, even a co-member of the EU, which had landed in a colossal mess on account of its own economic mismanagement. An addendum was that Germany's opposition to collectivizing debt would be backed by the other well-managed economies of northern Europe and therefore be all the more unshakable.

Other ideas to help the Eurozone's down-and-out members were deemed infeasible on similar grounds. These included allowing the European Central Bank to pursue a more lax monetary policy (because that wouldn't sit well with inflation-obsessed Berlin), increasing the European Investment Bank's funds and allocating monies from the EU's Structural Funds to finance job-generating projects in countries with the highest unemployment rates, and beefing up the planned European Stability Mechanism (not to be confused with the already-existing European Financial Stability Facility).