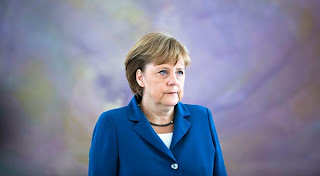 When Germany wants to understand Greece and the crisis afflicting Europe it not only looks south to the Continent’s periphery but also turns inward, to the former East Germany, still struggling more than two decades after German reunification.

To an extent not often appreciated by outsiders, the lessons provided by that experience — with the nation pouring $2 trillion or more into the east, by some estimates, to little immediate benefit — color the outlook and decisions of policy makers and the attitudes of voters, a majority of whom would like to see Greece leave the euro zone, polls show.

Most economists agree that Germany could do more to help revive growth throughout the euro zone, and there are reports that Chancellor Angela Merkel is preparing to propose a major European Union plan to accomplish that. But the German reluctance to underwrite the economies of Greece and other struggling countries is not just a matter of the parsimonious Germans hoarding their funds, as it is so often portrayed, but a sense that subsidies do not breed successful economies.

“Money alone doesn’t help,” said Simon Huber, 44, out for a stroll recently near Sendlinger Gate here. “You’re only saved when you save yourself.”

More
Posted by Yulie Foka-Kavalieraki at 7:57 AM