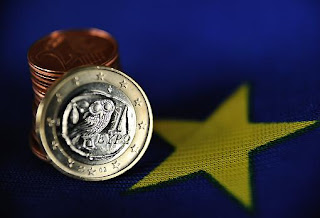 No matter how unlikely the financial sector thinks Greece exiting the euro will be, it is taking every precaution possibile to make sure it doesn't get hurt by the process.

Lloyd's of London is preparing for a collapse of the single currency, and has reduced its exposure to the continent "as much as possible", according to a report in the Sunday Telegraph. Despite that, Europe still accounts for 18 per cent of Lloyd's £23.5bn of gross written premiums, with much of that concentrated in Spain and Italy, as well as the safer markets of France and Germany.


I'm quite worried about Europe. With all the concerns around the eurozone at the moment, we've got to be careful doing business in Europe and there are a lot of question marks over writing business in the future in euros. I don't think that if Greece exited the euro it would lead to the collapse of the eurozone, but what we need to do is prepare for that eventuality. . .

We've got multi-currency functionality and we would switch to multi-currency settlement if the Greeks abandoned the euro and started using the drachma again.