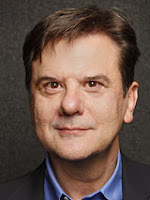 Whether Greece keeps the euro or abandons it, the European Union must strengthen its defenses against a wider attack on its monetary system, and soon.

This will inevitably require steps toward fiscal union. Yet popular support for deeper political integration in the EU, never high to begin with, is lower than it has been for years. How can you have closer fiscal union without closer political union?

At the simplest level, you can’t. This contradiction is a brute fact that the EU’s leaders can’t just wish away. The most they can do is blunt its force by choosing the right form of limited fiscal union -- one that protects national sovereignty and national interests as much as possible.

Forget full fiscal union. This crisis has already stretched European solidarity, such as it was, to the breaking point. There’s no support for creating a federal structure of the U.S. kind, with a centrally managed budget and automatic fiscal transfers from rich to poor regions. To stride in that direction when Europe’s citizens are so plainly opposed would be madness.