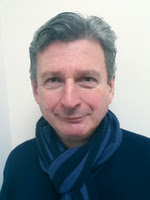 The political complexion of the euro zone is changing. Countries are peeling away from the German-led coalition promoting the austerity agenda that has so far dominated the euro zone's approach to its debt crisis.

The austerity coalition lost a strong supporter this week with the collapse of Mark Rutte's government in the Netherlands. Last month, junior partner Slovakia stepped out after a Socialist election victory. Germany is left with Finland (and tiny Slovenia) on its shrinking team.

On the other side, the deterioration in the euro-zone economy has provided ammunition for those arguing that a shift in course is needed. The dissidents have also found a voice with the replacement in November of Silvio Berlusconi by Mario Monti as Italian prime minister. Mr. Monti, a respected economist, can lecture his counterparts about the drawbacks of a diet of austerity without being suspected, as his predecessor was, of shirking on his commitments.

Election after election over the past 15 months has thrown out incumbents. In France, next month socialist François Hollande is favored to succeed Nicolas Sarkozy in the Élysée Palace. On key decisions, Mr. Sarkozy has usually followed the line of German Chancellor Angela Merkel.

"The periphery has been strengthened at a time when the north has been weakened," says Mujtaba Rahman, an analyst with Eurasia Group in New York. "Monti has proven capable of credibly articulating the difficulties of pro-cyclical adjustment in the south, while the German alliance has been weakened by developments in the Netherlands and the emergence of Hollande." 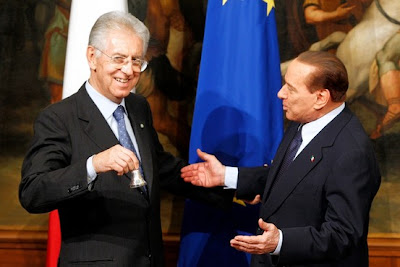