by Daron Acemoglu and Simon Johnson

Europe’s policy elite – the people who call the shots at the national and eurozone level – are in serious trouble. They have mismanaged their way into a deep crisis, betraying all of the lofty promises of unity and prosperity issued when the euro was created. The currency union may survive, but, for millions of people, the euro has already failed in its mission of sustaining growth and ensuring stability. How did this happen? 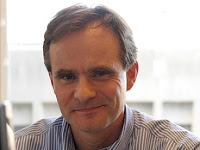 The Greek, Portuguese, Irish, and Italian economies are reeling under fiscal austerity – with budget cuts and higher taxes as far as the eye can see. This policy mix will slow their growth, and that of the rest of Europe.

But that is only part of the problem. The bigger issue is the “debt overhang” that has forced European governments to pursue this course. There are strong parallels to what happened in the United States in the past few years: many families felt crushed by their debts, so household consumption fell and has yet to recover. The adjustment will be even more painful in Europe, because a sovereign-debt crisis has a depressing effect on everyone – consumers, investors, and the public sector alike.