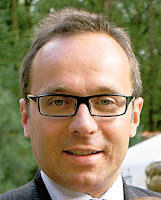 Europe’s citizens are turning the tables on their ruling elites as austerity bites. In election after election, they send their governments packing and turn instead to fringe parties, some of which evoke the ghosts of Europe’s authoritarian and racist past.

Yet there are good reasons to believe this is not the 1930s, redux. Something else is going on in Europe that is quite profound: The shape of European democracy is changing. It is fragmenting and opening new channels for protest and political action that make it less likely some new Hitler or Mussolini will suddenly ride a wave of support to power.

It’s becoming clear that the political transformation accelerated by the financial crisis will need to be at least as deep as the economic one, and this means the end of mainstream politics. There will no longer be a once-per-generation societal consensus, as was the case throughout the post-World War II period. Instead, Europe will see a continual process in which governments, voters and civil movements renegotiate their social and economic contracts.

The result, by definition, will be less predictable and more disorienting. There will also be much more uncertainty about the level of entitlements and the extent of provision of public services. The rise of boutique parties, including extreme ones, reflects this trend of fragmentation and will be crucial to its unfolding.