The Humiliating Cost of Progress in Greece 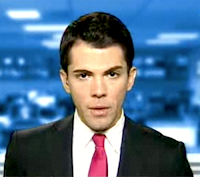 Last week, Greece's European neighbors and the IMF made their decision which has been breathlessly anticipated by the Greek people living with the looming specter of a national economic crisis. According to this decision, Greece will be supported with a new rescue package of 130 billion euros that buys the nation time to comply with the demands of its Eurozone partners. Greece is being asked to put its fiscal house in order, to create a budget surplus by 2013, to pay back its creditors and to back its fragile banking system. In addition to the unprecedented restructuring that private creditors were forced to accept on their holdings of Greek bonds, the deal requires an unprecedented reduction in the country's sovereign debt of nearly 107 billion euros. These efforts will aim to shrink Greece's sovereign debt to 120 percent of GDP by 2020. Official lenders, also known as the "Troika," came up with this requirement to give the green light on Greece's second rescue package, thereby averting an unprecedented default which could have devastated the whole Eurozone's stability.

But more important questions about Greece's future remain. Are these developments sufficient to put Greece back onto the path of a manageable debt load and economic stability? By accepting the taxing conditions of the bailout, has Greece secured its seat at the Eurozone's family table? Will the country's European partners continue to show solidarity, as Evangelos Venizelos, the Greek Minister of Finance, recently suggested? Answers to these questions are still unclear and it is too early to say the Greek economy has turned the corner. Experiencing the European financial crisis over the last two years has made everyone pay more attention to the gap between how things are presented and they actually are. In the past we have seen European leaders claim they made important steps towards containing this crisis, which ultimately proved fruitless or ineffective.