How To Solve The Greek Debt Crisis Without Taxpayer Funds 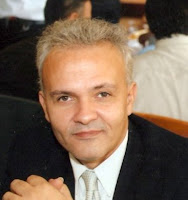 European leaders have so far failed to realize what the real problem in Greece is. As such, the question of how to handle Europe's debt problem remains unsolved.

The main problem as I see it, is that politicians don't want to admit that there is simply too much debt that needs to be written down (I call it cyber debt). Part of the reason for not wanting to see the truth, has to do with the fact that the European Banking lobby is the main financial benefactor of European politicians.

Leaving aside the reason for this mountain of debt (the reasons are different for each country), I say that the only way to solve the problem is via massive write-downs. Many seem to imply that we cannot do this, for the market needs a "risk-free" asset. By writing down several trillion euros of debt, the market will thus not have such an asset.

While I fail to understand the concept of a "risk-free" asset, if an asset manager wants zero risk, then all he has to do is to deposit his money at the local central bank and earn a negative yield. Other than that, one has to take one's chances with the market.

Another problem, many say, with writing down trillions of euros in sovereign debt, is that the banks will be broke and that tax payers will need to nationalize the European banking system. Many argue this will be a tremendous burden to the European taxpayer.