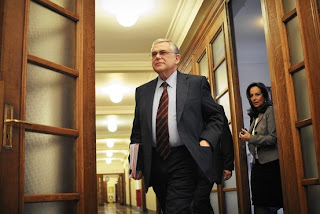 Just over 80% of Greece's private-sector creditors had agreed by a Thursday evening deadline to turn in their bonds for new ones with less than half the face value, touching off a massive debt swap that marks a seminal moment in Europe's long-frustrated efforts to rescue its most financially vulnerable nation.

The wide acceptance of the offer indicates that Greece will go ahead with the restructuring—the largest-ever sovereign-debt default and the first for a Western European country in half a century. It also means Greece will almost certainly use legal maneuvers to impose the exchange on the bulk of reluctant creditors.

After using force, perhaps as much as 96% of the €206 billion ($270.6 billion) in bonds up for restructuring would be exchanged, slicing some €100 billion from the amount Greece owes.

Greece was expected to unveil the tally formally on Friday at 8 a.m. Athens time, but a senior government official provided an estimated tally late Thursday.

More
Posted by Yulie Foka-Kavalieraki at 7:54 AM