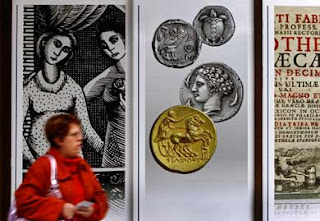 Greece has activated collective action clauses (CACs) to ensure the participation in its bond swap was high enough to satisfy the eurozone and the International Monetary Fund that Greek debt is being reduced enough to justify a second bailout.

Participation in Greece’s offer to investors to submit bonds written under Greek law for restructuring, known as PSI, reached 85.8 percent, the government announced on Friday morning.

Bonds written under Greek law amount to 177 billion euros and those holding 152 billion euros in such notes accepted the invitation to undergo a 53.5 percent haircut on their face value.

Greece said that it would activate collective action clauses (CACs), enforcing net present value losses of about 75 percent on investors who refused to participate. This would take the total participation in the bond swap to 95.7 percent.

To reach this percentage, Greece is also including a restructuring of some 20 billion euros held by investors in Greek bonds that are not written under Greek law.

Participation from holders of these bonds only reached 69 percent and Greece has decided to extend until March 23 the deadline for investors to volunteer their bonds for a haircut.

More
Posted by Aristides N. Hatzis at 8:44 AM