Did ISDA Make A Meal Of Greece CDS Trigger Decision? 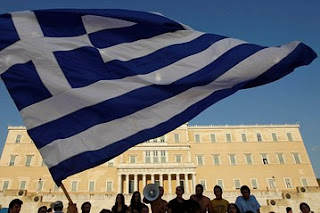 A special committee of the International Swaps and Derivatives Association has finally ruled, on the third attempt from market participants, that payouts will be triggered on $3.2 billion of credit default swaps tied to Greek debt.

To get the deal through, Greece had to force some creditors into its restructuring. The move was expected. The announcement came in “somewhat anti-climatic fashion” from ISDA, said Adrian Miller of GMP Securities, LLC.

An auction will be held to settle CDS trades on March 19.

After two years watching and waiting for Greece to stumble and show that it would need to force investors to participate in its rescue, ISDA ruled that CDS covering losses on the debt could pay out — a decision that couldn’t have come soon enough.