Nothing to fear but the lack of fear itself 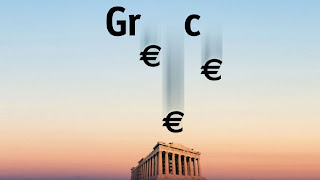 What to read into the following? At an event for CFOs and finance directors in London this week, I asked the audience whether Greece would end up leaving the euro zone. Every single hand went up. Asked whether more countries than Greece would leave, roughly two-thirds of the audience agreed they would.

Coming a week after an agreement on a second international bail-out for Greece, such certainty that the country would have to exit the euro was striking. It may be that an audience in London, albeit a cosmopolitan one, is prone to misjudge the willingness of the euro-zone creditors to keep lending money to Greece even if the country’s programme goes off-track again. But I still think their judgment is right, for three reasons.

First, the demands being made of Greece will be almost impossible to meet: they will eventually need more money or some kind of forbearance. Wolfgang Schäuble, Germany's finance minister, and Jean-Claude Juncker, Luxembourg’s prime minister, have both suggested in recent days that a third bail-out may well be needed.

Second, there is a finite amount of times that creditor nations can justify bail-outs to their taxpayers, and the poisonous manner in which the latest package was agreed suggests this point may already have been reached. There is a good chance that approving extra money is becoming politically impossible. The Greeks themselves may well give up on the whole process, too.