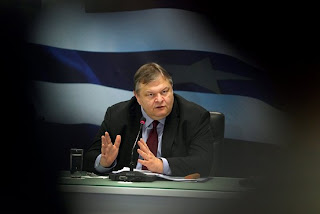 The Greek government braced for further anti-austerity protests Wednesday while the country's parliament was debating legal changes that would clear the way for a massive debt restructuring to keep Greece from defaulting on its loans next month.

The legislation, which is to be put to the vote on Thursday, retrofits outstanding Greek bonds with so-called collective-action clauses, aimed at forcing losses on bond holders who may resist a voluntary debt restructuring that will see private-sector creditors who own some €200 billion ($264.7 billion) of Greek bonds take a 53.5% haircut.

The Greek government is aiming for minimum participation of at least two-thirds of bond holders in a planned debt exchange, a finance ministry official said Tuesday, with a formal offer on the exchange expected to come by the end of this week.

The debt write-down plan aims to erase some €107 billion from Greece's sovereign debt burden. It is part of a related €130 billion loan deal agreed to by euro-zone finance ministers in the early hours of Tuesday.

More
Posted by Yulie Foka-Kavalieraki at 12:09 AM