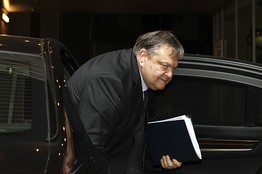 The seemingly never-ending negotiations between Greece and its creditors regarding a new debt deal have reached a new level: Greek Finance Minister Evangelos Venizelos said another EU Summit will be held on Feb. 6 to help hammer out a deal.

“A euro group summit will be held which will discuss a series of issues, and I hope that it will take a series of decisions,” the minister told reporters, according to Newswires’ Stelios Bouras. A Greek Finance Ministry official said the meeting will take place in Brussels.

For weeks we’ve been led to believe that a deal was close and wouldn’t represent a sticking point in the latest chapter of Europe’s sovereign-debt crisis.

If we’ve learned anything through this crisis, it should be don’t believe any pact is close until it is actually finalized.