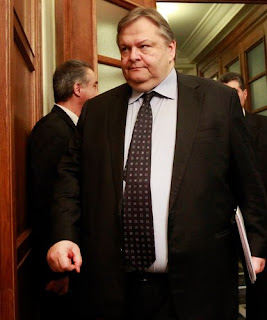 As Greece starts sending out a formal debt restructuring offer to its private sector bondholders in the coming days, the hard-line approach Athens has taken, requiring steep losses for creditors, has prompted fears that other weak countries in Europe might do the same.

By passing a law this week that gives the government the right to impose a loss of as much as 75 percent on all investors who own bonds governed by Greek law, which covers 92 percent of bonds outstanding, Greece has, with one stroke, sharply increased its chances of erasing 107 billion euros ($144 billion) from its total debt burden of 373 billion euros ($496 billion).

The debt restructuring, if successful, would be the largest in recent history, and the losses by banks, hedge funds and other private investors would be among the most painful ever. In this regard Greece trails only Iraq, which imposed an 89 percent loss on its bondholders in 2006, and Argentina, with a 76.8 percent loss in 2005.

Greece has also raised the odds that, as the pain of austerity increases in countries like Portugal and Ireland — to say nothing of Spain and Italy further down the road — the temptation for other countries to turn a similar legal trick will grow stronger.

More
Posted by Yulie Foka-Kavalieraki at 8:59 AM