Germany, Greece, and the conspiracy of the technocrats 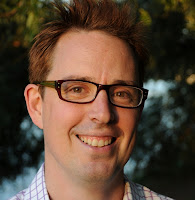 Der Spiegel has a long and meticulously reported piece on the state of affairs as it exists right now between Germany and Greece, naturally concentrating on attitudes within Germany. Meanwhile, Yanis Varoufakis has a much more Greek take on the same subject at CNN. And by far the most striking thing, here, is how similar the two pieces are.

The German article is headlined “European Politicians in Denial as Greece Unravels”, while the Greek one plumps for “Why it’s too late to save Greece’s sovereignty”. They’re both saying the same thing: Germany has been treating Greece’s insolvency as though it were some kind of liquidity crisis, which can be solved by lending Greece more money. But of course that’s the worst possible thing you can do with an insolvent debtor: it only makes things worse rather than better.


German leaders, unwilling to confront their bankers and the fault lines developing throughout the eurozone, pretended to believe that the problem was Greece and that Greece could be “cured” by means of loans and austerity. At the same time, Greek leaders, unwilling to confront their electorate, pretended to believe that they could deliver the targets demanded by Germany.